You can take me out of Goa, but you can’t take Goa out of me…

A walk around the campus at Kasiga, and I chanced upon… Goa!

These red flowers are called Scadoxus multiflorus are native from southern Africa. The Portuguese brought them to Goa, planted them around their houses and now they spread all over the coastal area. Locally known as ‘fireballs’, ‘powder puffs’, ‘monsoon roses’ or ‘blood lilies’, these flowers announce the arrival of the monsoons.

Here is a mesmerizing time lapse video of the monsoon rose, that is here today and gone tomorrow.

What is this life, if full of care

We have no time to stand and stare…

It’s that time of the year in the school where the students are the busiest and the teachers appear to be most relaxed! Yes. Examinations! But honestly, I prefer the teaching days to these where I have to wander in a classroom trying to decipher the gestures students make to each other while they answer their papers. The morse code is reinvented each time in a student’s life!

Given the situation where you have to keep your eyes peeled to spot any malpractice in the exam hall, there is pretty much nothing else that can keep you occupied and I was close to the point of boredom! That is when I spotted this painting on the soft board in the classroom made by one of the students!

I have been to that classroom so often, but I guess life gets too busy to ponder over these moments of wonder! 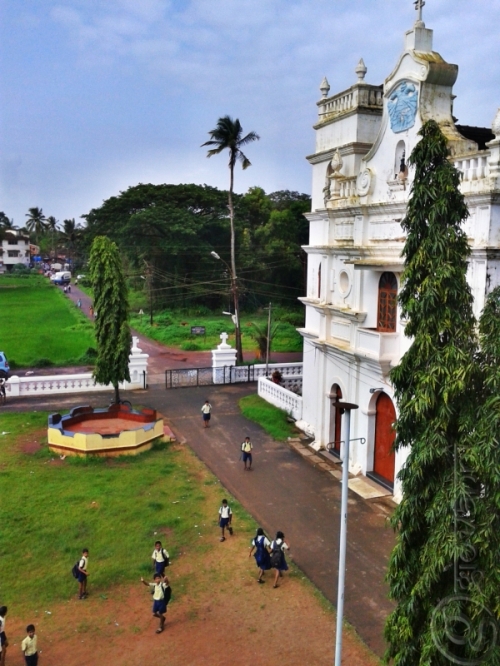 It’s a sad moment to see defeat in the eyes of a child.

While the whole class participated in the demo being conducted, she was alone in an the extreme corner of the class. When a question was directed to her, she eagerly stood up to answer. But words failed her. The rest of the class quickly came to her ‘rescue’ and labeled her, “Resource”. The teacher directed the question elsewhere and she was alone again.

The demo went on. Litmus papers turned from blue to red and red to blue. Inferences were drawn… but the girl was alone.

My elder sister has just got addicted to Facebook. And while her kids study, she logs in the addictive social networking site and uploads photos.

Megan, her 8 year old, was at the receiving end of her Mom’s divided attention and piqued. “What is Facebook?” To which her Mom replied, “It’s a place where you keep faces of people.” An hour later, Megan drops off a tiny booklet her Mom’s hand. “Here,” she said. “I made a facebook for you. Now you don’t have to waste your time on the computer.”

Enough! Way too much publicity for this Octopus, Paul-or-whatever! So I thought I’d add a twist of my own…
For all those who still want to gobble on butter garlic stew of this chap, look carefully at what he is predicting 😮 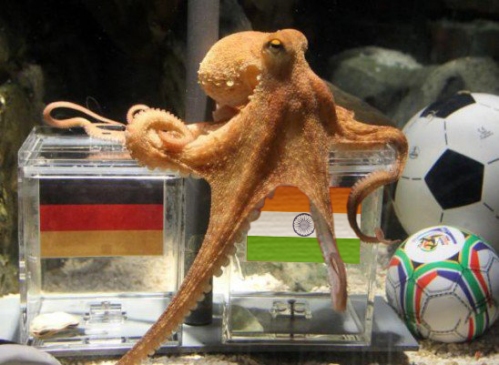 (didn’t want to get into any copyright issues)

Spring in the air!

Looked out of the window and saw these amazing flowers in full bloom. I agree, they are not uncommon, but with the deep blue sky as a background it was a picture I couldn’t resist capturing. 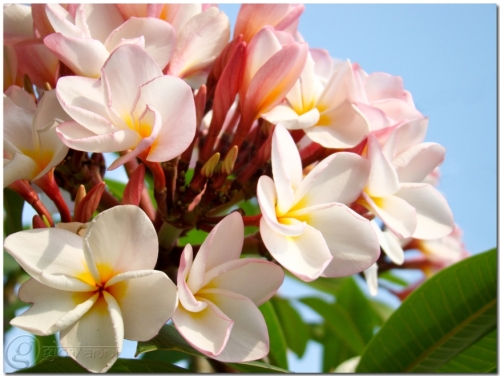 Spring in the air!

The flowers brought back childhood memories of times when I would collect these flowers (especially the ones just fallen to the ground), curl the petals backwards onto the stalks and pin them in. The result was a tiny ornament which I could wear in a button hole. And so I called these flowers “button-hole flowers.”

I don’t claim to have green fingers, and I am least confident in a kitchen. But then I chanced upon a carrot sprouting tiny shoots. I thought, why not give it a chance? I was also curious to see how carrot leaves appear!

This is how carrot leaves look

As a kid, watching plants sprout from apparently dead-looking seeds would leave me awestruck. At times it was an onion sprouting roots and slender long shoots atop a beer bottle, or a small row of peas with tiny broomsticks stuck in the soil as supports for the tender tendrils. Growing carrots, though, is something I am trying for the first time.

The progress is that the carrot shoot has sprouted a few leaves and looks quite pretty in the little pot I found for it. Wish me luck! 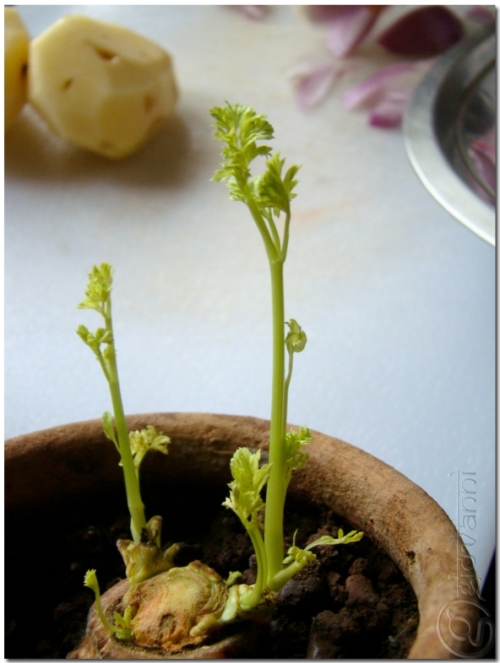 Carrots, Onions, Potatoes - all can be grown!

Birthdays ARE meant to be celebrated Pt 2

I began this blog with the same theme… and one year later, I am still of the same opinion. Birthdays ARE meant to be celebrated! 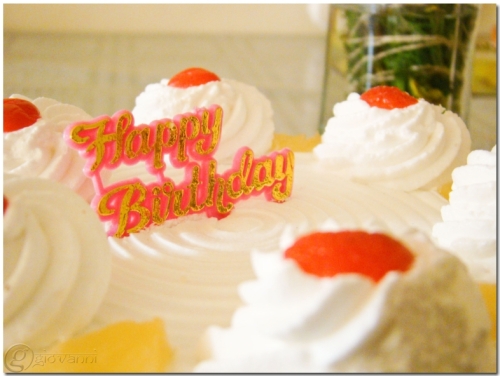 Be it in terms of a cake (make that a pineapple-cream) or flowers, a gift or a dinner…

A birthday is a time when we look back and say thanks… and then look ahead and say, yes.

A humorous cartoon I came across out here

While looking around for some inspirational Christmas pictures, I came upon this triptych. There was something that caught my eye in this oil painting. A king was represented as of African descent! This led me to do a little research.

Magi (wise men from the East), in the Gospel account of Christ’s birth, saw a new star and, believing it to be a divine omen, came to honor the one marked for future greatness. Ancient astronomers were astrologists, interpreting their observations of the heavens in relation to human affairs. The wise men were traditionally depicted as of different ages, and, by the Renaissance, the youngest was depicted as an African.

Pieter Coecke van Aelst (August 14, 1502 – December 6, 1550) was a Flemish painter is the creator of the “Adoration of the Magi”. Pieter Coecke traveled to Constantinople in 1533 to work for the Turkish Sultan. From this experience, he knew how to depict Near Easterners and Africans accurately. The altarpiece was commissioned by Elisabeth van Langenhove, according to the damaged inscription on the frame.

So much for the academics! Warm Christmas wishes to everyone!!! 🙂

Giovanni… on record
Blog at WordPress.com.