The perks of being a biology teacher.

Two students come rushing to me in the morning with eager expressions. In a folded sheet of paper they showed me a creature that left me spellbound. I had never seen something like it before. It was a beautiful and exotic moth.

The wingspan (shown by a pen in comparison) was around four and a half inches. 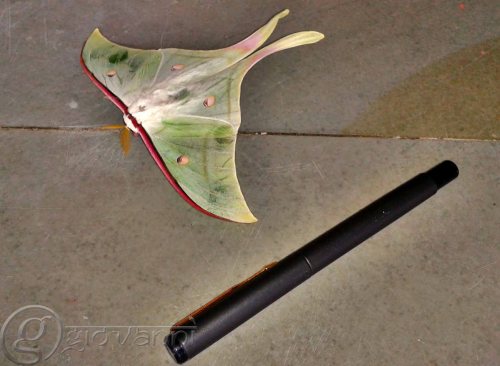 The wings were pale green with delicate tail streamers. The wings also had a prominent reddish rust colour along the edges. And the most striking were the “eye spots” on the wings.

Only later in the evening, one of the investigators researched about it and found it was known as the Luna Moth (Actias Luna)