The small Shiva (Mahadev) temple of Tambdi Surla situated at about 18 km from the Bhagwan Mahaveer Sanctuary gate is the only surviving structure of the Kadamba Yadava dynasty. Thus it is the oldest temple of Goa, that survived from the Portuguese as it was set next to a stream in the middle of the small clearing, hidden in the dense jungles of the Western Ghats

The temple has a pillared porch and three stepped entrances and the shrine surmounted by a tower. It is quite small with a small passageway and has Shiva’s vehicle, a headless Nandi Bull in the center of the main porch. 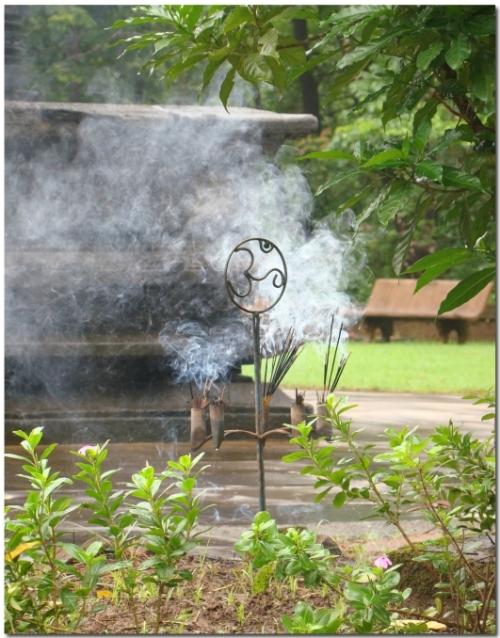 A solid piece of stone work is the lotus shape carved out of the porch’s ceiling. The pierced stone screen carrying the figures of deities that surrounds the door of the vestibule is another notable feature. (On that day there was a bit of extra police protection and they rules of photography changed accordingly). 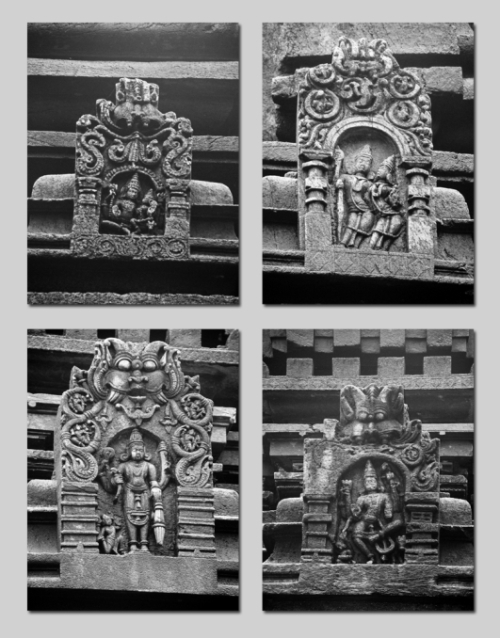 The temple has a simple façade with a tower or a shikhara right above the sanctum. This tower has the images of the gods of the Hindu trinity along with their respective consorts beautifully carved on it. Lord Shiva facing the north, Lord Vishnu facing the west and Lord Brahma, the south.
Dedicated to Lord Shiva, the entrance of the temple faces the east so that the sunrays at dawn fall directly on the deity. [More details]

Heavy rains and a hot cup of chai–a blissful combination. It also becomes a moment when you can capture the more interesting sights around, this little notice for instance 😉

With the experience company that was with us, it was not surprising that the afternoon promised to be another treat to the photographic lens. The Surla river which runs around the temple has a number of such secluded spots for a quiet dip into crystal clear streams.

… and lots of flora and fauna to keep the camera busy.

The day was still young, and on the way back we made a short detour to the Carambolim lake.

Lake or wetland… whatever it may be called, its an excellent spot for bird watching. 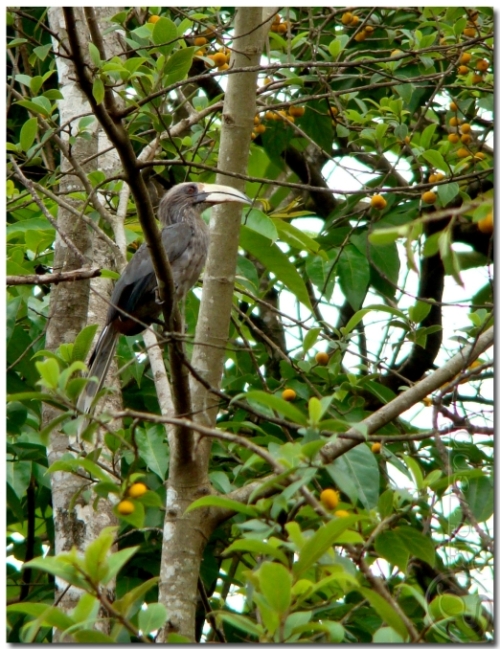 However that day we only spotted a flock of hornbills

It’s been ages since I last went for a trek…. I guess with this one it’s camera action again!