The child in me awoke once again, and this time too, the reason was TRANSFORMERS – one set of toys that I cannot stop being fascinated about.

Autobot Drift is the latest addition to my Transformer collection. Originally known as Deadlock, this Transformer was once a Decepticon who then turned to the Autobot side and took on a new body and identity.

The vehicle mode is sleek and looks like it is built for racing. It is inspired by the Japanese originated practice of “drifting” (a type of racing popularized in the US in the film “The Fast and the Furious: Tokyo Drift”… an all-time favorite movie!)

Most of the vehicle is sleek and curved. The front end starts flat in front but then curves back to the windshield and out to the sides. The sides of the vehicle are not flat but instead curve inward and then back up to where the spoiler is set on the back. The cabin cover is also curved, with what appears to be an air intake mounted on top. It’s an aggressive looking vehicle for sure. The front even has very realistic looking light bulbs. 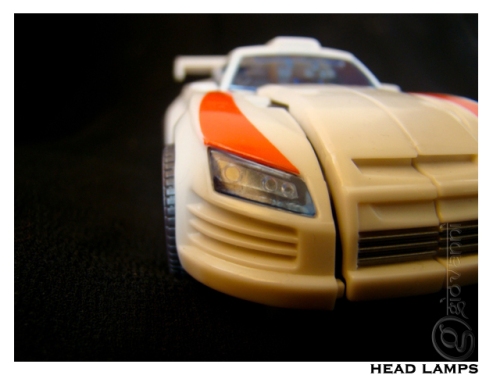 There is a lot of thought into finer details like twin exhaust pipes in the back, a raised spoiler that slopes downward, door handles, sideview mirrors and a license plate in between the exhaust pipes.

On each door is a Japanese word meaning “Samurai” in red. 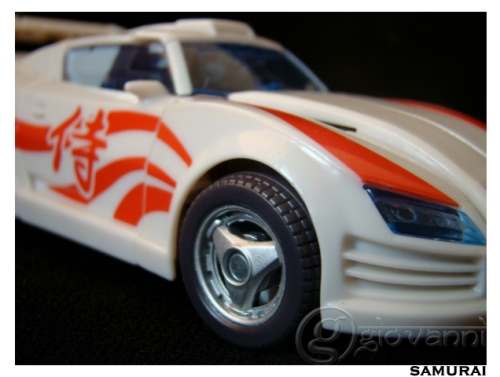 Here is a size comparison with another of my “prized possessions”, Bumblebee. 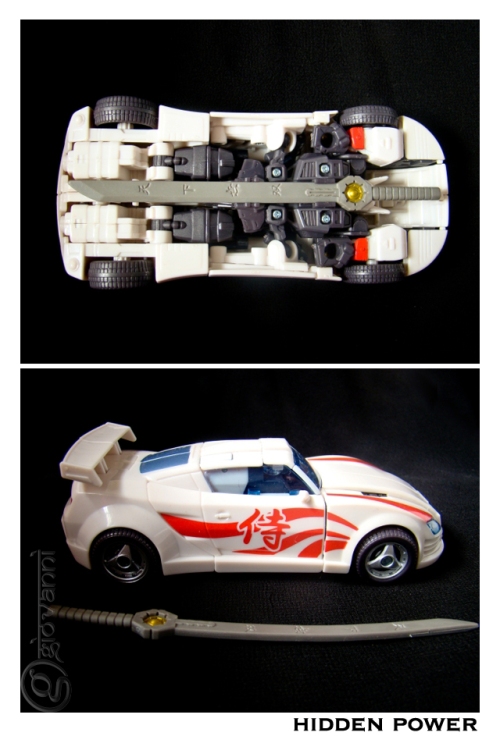 In Robot Mode this Transformer is a menacing killer.

Light piping is from the top of the head unlike for the other transformers, but it does make his eyes come alive. 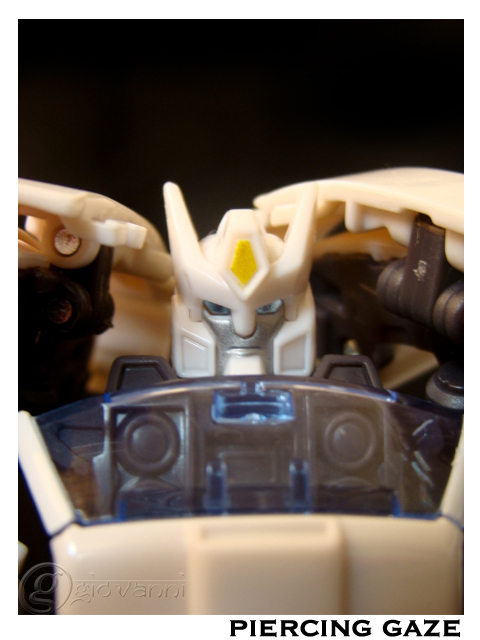 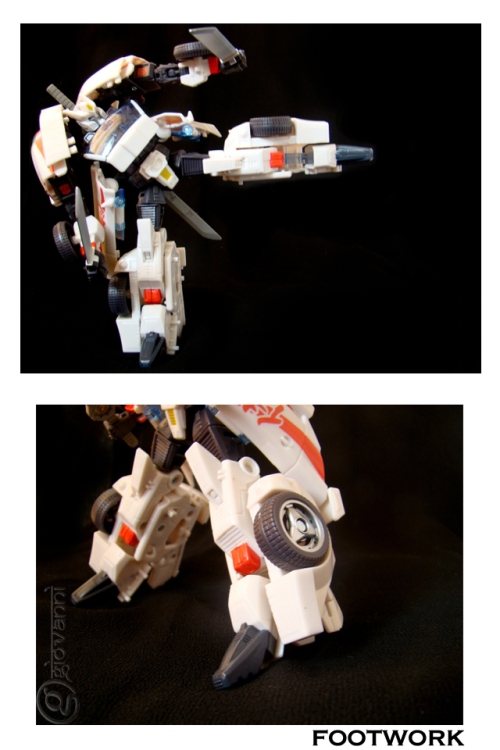 His larger sword has several Japanese characters sculpted into them meaning “peerless under heaven” along with line details on the handle and a round, jewel-like detail in the center.

Tucked into each door from the car mode are two smaller swords. These too can be held in each of his hands. What’s really neat is that the way the door windows fold in creates a slot that you can slide the long sword into, allowing him to store his sword on either side of his hip or on his back.

So, now you know what this weekend was all about!

The other ‘Transformer shoots’ I have done are here: